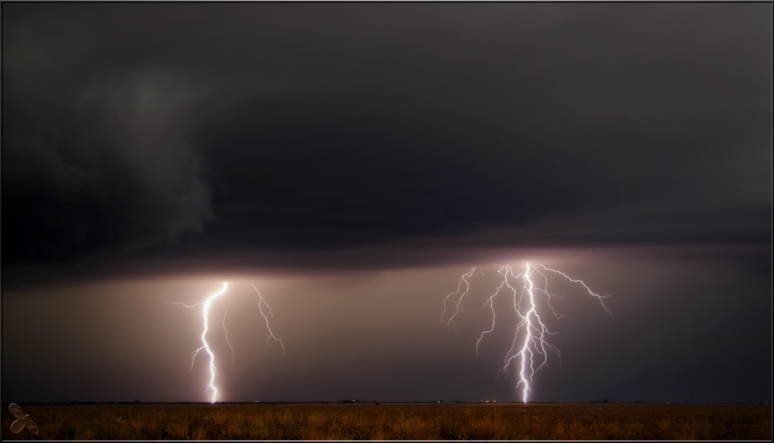 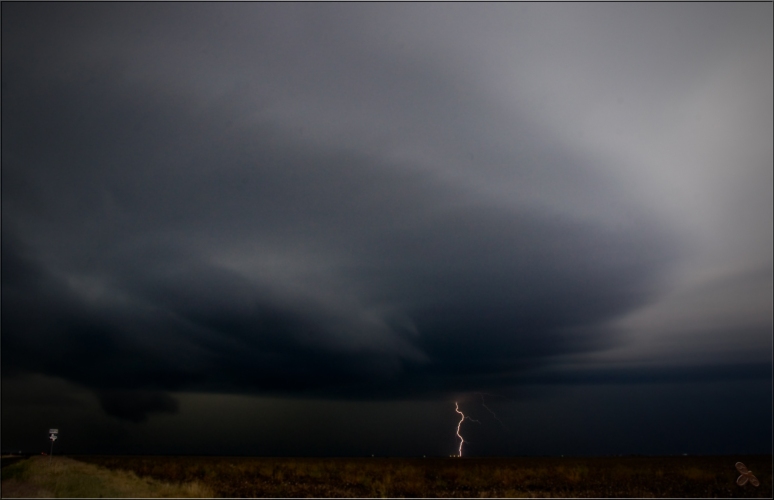 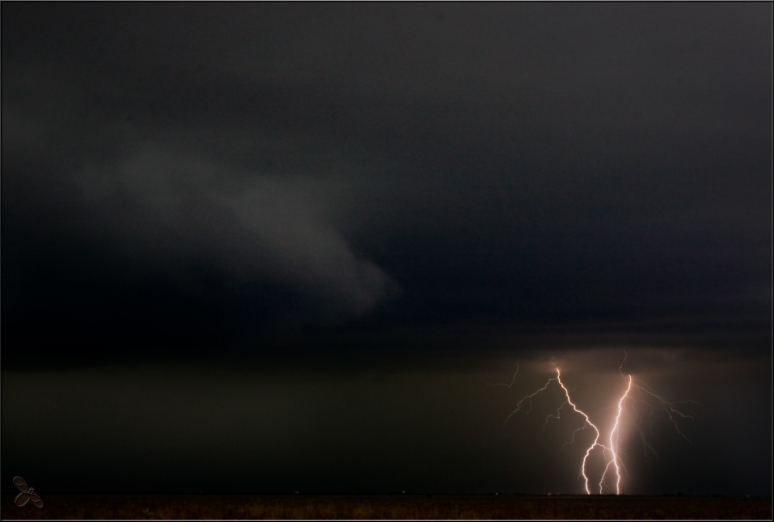 Yesterday my husband and I decided to go storm chasing. We didn’t have much severe weather this spring, but fall has been quite a bit more active. Needless to say, we had to take advantage of these favorable atmospheric conditions while we had the chance. And we weren’t disappointed.

There was a tornado reported with this storm. We did get photos and video of a small funnel cloud, but we never visually confirmed whether it was ever on the ground.

But I think, at least photographically, my biggest success of the day was the opportunity to throw down my tripod and catch some phenomenal lightning photos as the sun set and the chase came to an end. This is a very small sample of the many lightning strikes I was able to capture. The storm was so electrically active that the majority of the lightning shots I captured were of multiple simultaneous (or near-simultaneous) strikes. I think it’s safe to say that this was the best night of lightning photography I’ve ever had. (Usually, in the haste to gather equipment for a chase, the tripod is the first thing forgotten. This time I remembered, and it made all the difference!) For most of my lightning shots, I put the camera in “bulb” mode and left the shutter open for many seconds—some as long as half a minute.