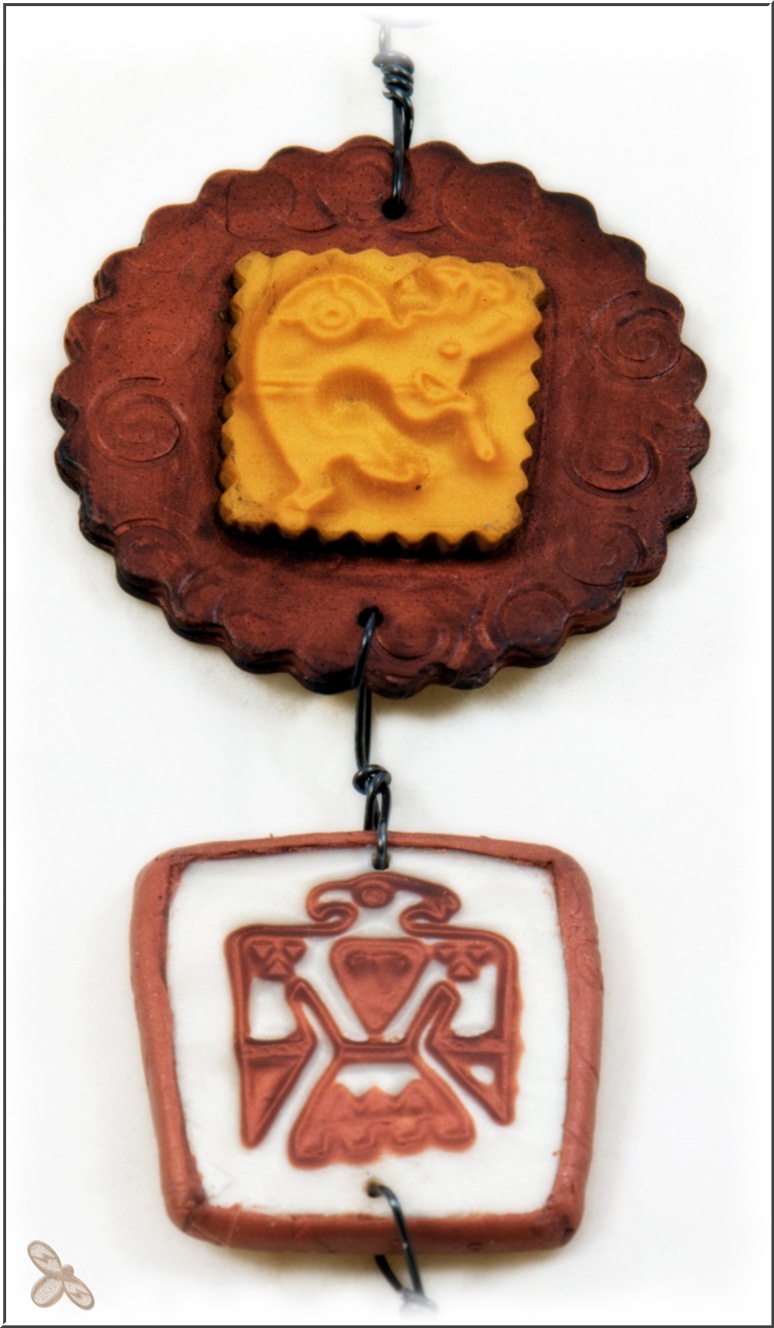 Close-up of the upper half of the mobile. These two sections demonstrate the “ghost image” effect achievable through polymer clay. These are completely flat–the iridescence of the clay gives the appearance of dimension. 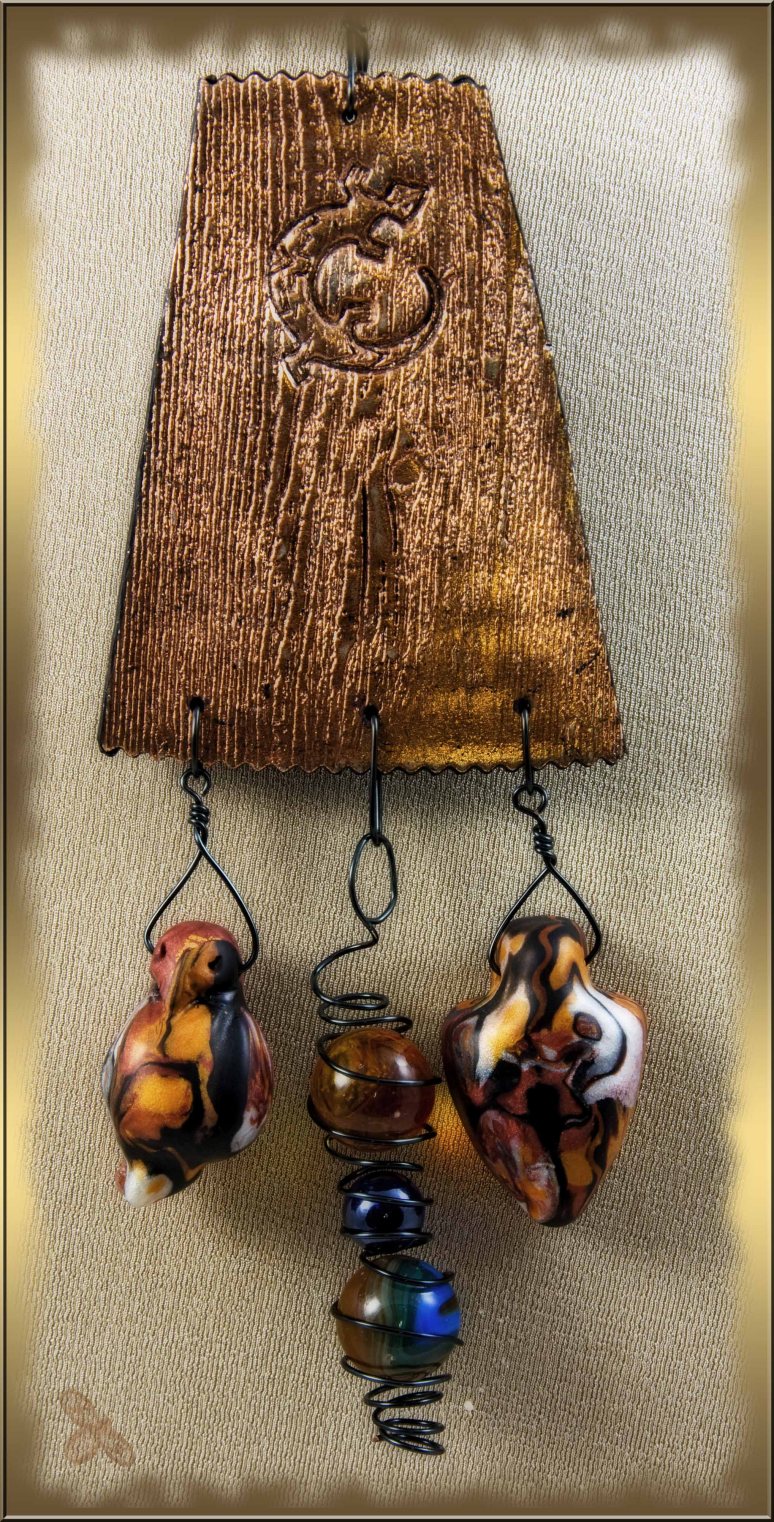 Close-up of the lower half of the mobile. Here you can see how adding metallic foils to polymer clay offers the illusion of real metal. The two polymer clay adornments that hang on the left and right were hand sculpted to resemble a bird of prey and an arrowhead.

I already posted pictures the jewelry set I made for my mother for her birthday. Now it’s time for me to display the present I gave to my father, whose birthday falls only a week later than hers.

Since I assumed he wouldn’t really appreciate jewelry, I had to step a little out of my comfort zone. I’m not sure this technically meets the definition of a “mobile,” but it’s in the same general category. This was my first large polymer clay project that wasn’t jewelry, and I enjoyed indulging in the creativity it took to arrange all the various elements into a whole composition. It took a little trial and effort–and a lot of re-firing of pieces that didn’t quite pass the test–but I think it turned out all right.

Since I had decided upon a Southwestern theme for my mother’s creation, I decided to keep the trend alive for this piece as well. I included some typical symbols associated with the Southwestern US–like birds of prey, lizards, arrowheads and Kokopelli–and tried to keep the colors reminiscent of the desert sands and skies.

Each of the main pieces was created from polymer clay–except for the three marbles at the very bottom. These pieces were attached with a little wire work I’ve learned from my jewelry making.